Monsters under the bridge isn’t a new thing. But what if the monster is the bridge? Pictured is a helpless man hanging for dear life from a draw bridge that is not a draw bridge at all but the jaws of a monster. 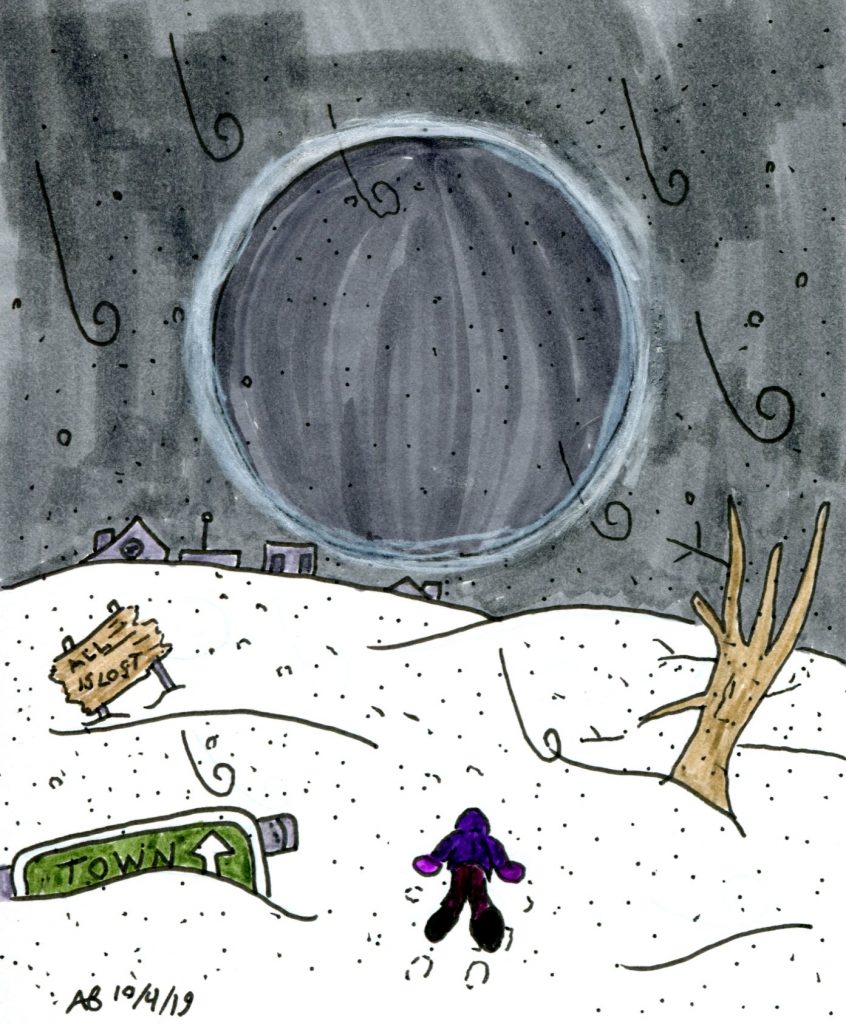 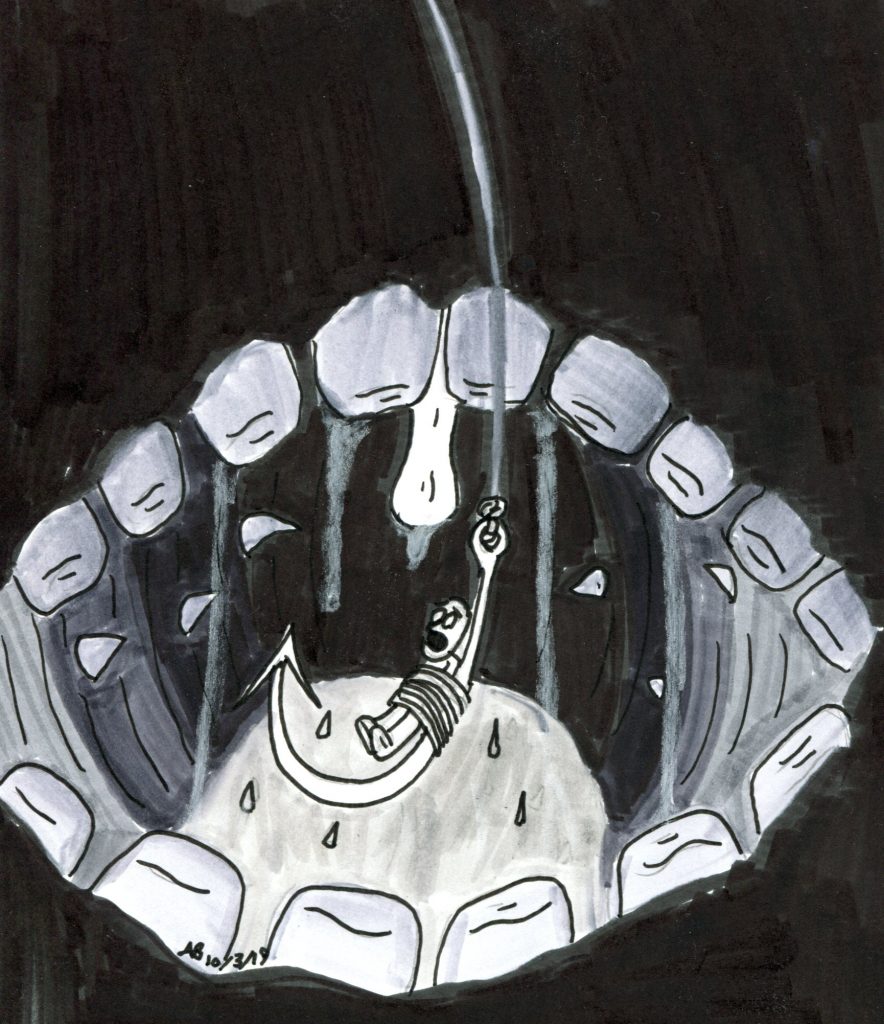 Nothing could be more frightening than being the bait to lure in a scary monster in the dark. Especially when you can’t even see it till it’s about to eat you.

Didn’t take progress shots on this one. Got carried away with the creativity and forgot to take them. Ope.

I did a pencil sketch of this drawing on some marker paper using a 2B pencil. I then took my grey scale set of TomBow markers and colored in the mouth, teeth and tongue. Then I used a Faber-Castell Fine point pen and added the detail work to make the bait pop out and the detail of the teeth. For a special effect I used a white charcoal pencil to sketch in some saliva. Turned out pretty cool I think.

See you tomorrow for Day 4, Freeze.